Job In Tourism > News > Editoriale > What can you do with twenty euros?

What can you do with twenty euros? 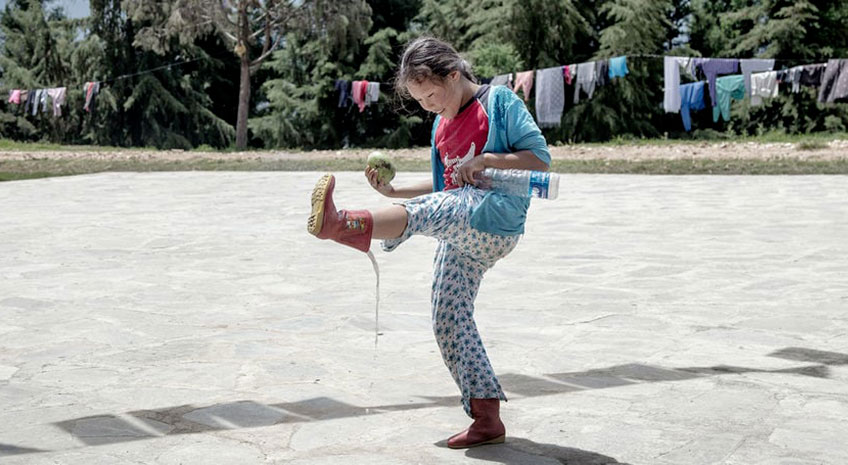 The air is thick, heat rises from the tarmac and melts it under the wheels of the parked bicycles; the world is suspended, and there is no vehicle in sight in the usually busy road.

It is the first week of August. I am moving slowly, trying to find solace in the shade of the buildings. On the left, the windows of a fashion shop, closed for holidays, showing mannequins dressed in costly garments; on the right, a row of trees whose leaves seem to be reaching out in search of water.

In front of me, a person is walking, shuffling his feet, pulling a trolley that carries an old suitcase held by adhesive tape, on top of which rest two olds bags, while he carries a small backpack on his shoulders. I had seen him before, sitting in the public garden with his meagre luggage while he was chewing on a sandwich or sat motionless absorbed in his thoughts.

“Listen!” I called out. And he slowly turned around. “Might twenty euros be of any use?”. That was the amount I had in my pocket. He faced me with a vacant look and answered “Thank you, I will be able to eat.”. What struck me was the lack of warmth in his reply, the vacant expression of a hopeless person, who accepts his situation with pain and cannot react to good things or adversities. I felt ashamed for having offered so little, but that was what I had at that moment.

A recent study highlighted that large charity institutions bear operating costs and expenses for the collection of donations equal to almost forty per cent of the amounts received; which means that if you give ten euros, only six are utilised for their intended purpose (provided nothing worse happens, as what appeared recently in the news). Nowadays charity fundraising has become a profession (often a well remunerated one), so much so that there are important “fundraising” training courses.

But is the donating person aware of this?

Of course, you need to be structured in order to carry out certain projects, but there exist organisations which set themselves circumscribed and achievable objectives, and utilise the amounts received fully. Among these, I would like to mention the Costa Family Foundation Onlus, belonging to the Costa family, owner of an important hotel in Corvara, which has already activated a few important projects you will find out about by clicking on https://www.hotel-laperla.it/it/pills/dieci-anni-di-una-concretissima-utopia/15-78244.html

Whether you donate little or much, whether to large institutions, small non-profit organisations, or directly to needy people, what matters is to be aware of what you are doing, and to choose carefully how to go about it, on your own scale, because – in this case more than ever – all that glitters is not gold!